I'm not even sure where to begin or if I'll include a full update. Let's just start and see where it takes us...

To back up a bit... Paige was in public school from age 3 (special ed preschool) through 3rd grade. Intellectually she has never had a problem keeping up. As a matter of fact all of the testing showed that she was consistently scoring a few years ahead in math and at the end of 3rd grade she tested to be at a high school level reading. Socially, though, she was crumbling. Not only does she suffer from OCD and anxiety issues, she is a literal child who is extremely gullible. She was still tattling and never seemed to understand why kids didn't want to be around her. She is such an outspoken child and had no problems speaking up when she felt wronged-something that is not cherished in public schools. Then there is the fact that we are atheists living in the bible belt. When she found out that "under god" was not part of the original pledge (something that she found out on her own) she refused to say it and would stand her ground when questioned. Top all of that with the fact that she was the reason why her class never won perfect attendance (thanks to all of the doctors visits relating to her ongoing health issues) thus giving the kids yet another reason to tease her. She would be in tears virtually every day when I picked her up from school. She felt trapped and I didn't blame her. By the end of 3rd grade the decision to homeschool her came quite easily.

So here we are, year 2 of homeschooling and Paige is thriving medically. She has gained 15 pounds and approx. 4 inches in just over 18 months! My little Paige, who was always under the 5th percentile on the growth charts is 75 pounds at age 11!!! She is rarely sick and her OCD is under control (I'll talk more about it later).

Academically she is still quite advanced in reading and language arts. She loves science and can talk your ear off about history. But, as is the case within the preemie community, she is showing strong difficulties in math. Over the years I had heard other preemie parents talk about how their child was on target in math until they hit 4th grade and this seems to be the case with Paige as well. She is in the "5th grade" but still working on 4th grade math. This is one of the many benefits of homeschooling.

Socially she still struggles. We are starting to feel that she always will. Last year she was in a play, in our local theater, where she played a townsperson. She came alive! She is super animated which came in handy for this years production... Seussical the Musical. She was cast as one of the Whos. She had a blast but still didn't really make any friends. She often makes comments like, "I don't know why no one likes me." Thankfully she has a good friend that live across the street. Their friendship is so important to Paige.

I'm often asked if we'll send her back to school. As of now, the answer would be a strong "no". I am not anti public school. It just wasn't right for Paige. Tyler, on the other hand, can't wait to go. He just wants to ride the bus (what else do 3 year old boys like-lol). I'm not sure what we'll do when he turns 5. He is quite the technology smarty pants for his age. He loves the computer and even has his own homepage, which he can sign into himself. He knows how to get to his bookmarks and knows which games are on what site. He has started to read, can spell his name but can't write it yet. He can count and even do simple addition. He loves to sit near his sister while she is doing school and has picked up so much from their interactions. I'm fearful that he will be bored in school. If he hasn't outgrown his life threatening peanut/tree nut allergy then we probably won't send him to public school.

I am quite passionate about homeschooling so if anyone has any questions, please feel free to ask. While I realize that it isn't right for everyone, it has changed Paige's life for the better.

Medically Paige is doing wonderful. I can't even remember the last time we've seen a specialist. I know she is not out of the woods. Puberty has started and we are watching her like a hawk for signs that her seizures have returned. Since she has gained in both weight and height, we've been cleared by endocrinology. She does still have issues with constipation but now that I'm the one controlling what she eats (and not relying on cafeteria food), it's a lot better. Her headaches have all but disappeared. We have changed pediatricians and finally found someone that took her oral health seriously. Paige has holes in her teeth from acid reflux but since her PH probe was normal, her previous docs ignored the problem. Our new doc was appalled and immediately put Paige on reflux meds which is also helping her stomach aches.

As for her mental health... she is doing so much better. When I look back and re-read old posts I can still feel the pain we were experiencing because her OCD was so hard to control. She is still on 2 meds for OCD and anxiety but now that she is no longer in school the meds are able to help her keep her stress level under control. When new stress is added to her life (like acting) her mental health issues become harder to manage. But, instead of removing the stress, she is able to face it head on and cope quite well. She no longer picks her skin on a regular basis but it is something that she has to work hard on.

As for me... well that's a different story. Now that the majority of the stress (related to Paige's medical/mental health issues) has diminished, I seem to be having a harder time coping. I think the stress was keeping me going. Boy that sounds funny as I'm re-reading it. But I don't have any other way to account for these feelings. PTSD?? I find myself waiting for the other shoe to drop and can't seem to shake that feeling.

Although homeschooling was the best thing for Paige, it ended up altering life in a way that I was not prepared for. My friends had always been the other moms and we got together during school hours. That all is gone now. As I mentioned above, we are atheists living in the bible belt. I have not found a local homeschool group that will allow us to join so I tend to feel a little left out of the world. I'm not completely without friends but it has definitely changed. I still feel strongly that it was the best thing we could have done for Paige and I stand by my decision. I honestly would do it all over again. I just wish people weren't so closed minded so we could share in the homeschool experience with other local families.

So, that's about where we are... in a holding pattern... enjoying life without all of the stress we used to have but keeping both eyes open. 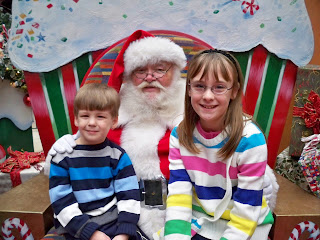