Please Help Ashton - Video is at the conclusion of the post

Ashton is a 3 year old former 24 week preemie who is having episodes like the one captured in the video. Shannon (mom) has asked if I could post the video in hopes that someone may have an idea as to what these episodes could be.

I know some of you have seen this video when I sent it out last year, asking for your help. Unfortunately he is still having the spells, despite a lengthy stay in the hospital to get to the bottom of them.

Here is info about Ashton from December of 2007...

MRI in May 2007 that shows mild PVL.
Ph probe yesterday....not sure what yet. Had one about 9months ago
that showed reflux. duh
EEG (2 times) - they were abnormal but no seizure activity
*they are saying seizures (some of them) from me describing the
spells. However all docs that have seen Ashton have a spell have said
no it isn't a seizure. (he did them in ICU in Feb06)
Echo 8 weeks ago was fine. They discharged him. I have however heard
that echos do not show every heart problem there could be.
Last lung xray showed thickening of bronchial walls.

Born june 10-05 at 24 weeks 1.9lbs.
G tube placed Oct05
Spells started Nov05
Dec05 discontinued domperidone due to severe EP effects.
Jan06 home from NICU
4 days later back in b/c had 7 spells at home
Ended up in ICU on vent. Spells continued on vent.
Sats go to 20s, 30s and heart rate drops.
GJ tube placed and spells went away until he had two in July06(same
day), April07, June07 and then Nov07

Okay long story short, we know that they are not seizures. He has had four eegs all with no seizure activity. He has had full cardiac workups showing nothing there at all either. I do have to say though that I have had two surgeons that have worked on him come out and say that he is shunting. No holes are seen/found.

If on a monitor while this is happening his oxygen sats will read anywhere from 20-40. His heart rate does not change MOST times.

His recent stay in ICU on a vent he had 11 of these episodes while sedated. When they try to bag him they either can't or it is VERY hard to. The doctor at this stay automatically thought of pulmonary hypertension. Echo was fine.

He has had a CT of his lungs that show not much more than BPD and blocked areas most likely from micro aspirations.

We thought they may be related to reflux however the ph probe and oxygen study showed no correlation between reflux and desats.

He frequently as well as desats to 60s, 70s and 80s. Not nearly as scary as the one shown.

This spell on video, just before it he was about to take a poop. Which made me think cardiac as well. However I have seen these spells happen out of nowhere with no warning.

Sleep study showed sleep apnea. Obstrutive, hypopneas and central. CO2 levels are higher than normal (about 70). The doctors told me that oxygen is basically toxic to him.

Scope showed airway was fine. Adenoids and tonsils are fine.


Thanks to everyone in advance. Anonymous posts are completely allowed, as I am sure those in the medical field do not want their names used since Ashton is not their patient and they do not have full access to records.

WARNING... THE VIDEO IS VERY EMOTIONALLY HARD TO WATCH.

Last year our son was diagnosed with a severe peanut allergy. (of course I blogged about it)

Although it was right before Halloween, he was only 1. He was more excited about walking around and knocking on people's doors. He didn't care about candy. Heck, he didn't even know what candy was at that age.

Well this year he is almost 2 1/2 and wants to do everything that his older sister is doing. He knows Halloween is coming. He loves his costume and already has the sound effects down pat. His sister can't wait to walk around with him.

Hubby and I? We both wish the holiday didn't exist. We know that this may be the year that he feels sad because he can't have the candy. I'm angry at the allergy and sad for our son.

We plan on letting him carry around his little pumpkin and go trick or treating. We are going to have little treats to put in the pumpkin when his sister gets her candy but I know we won't fool him. I'm all about honesty with our kids but he is too little to understand why he can't have the candy.

On a separate note... please check back in a few days. I will be posting a video and a request for help from Shannon for her son Ashton.
Posted by ThePreemie Experiment at 9:48 AM 10 comments:

Interesting article in the October 17th issue of Pediatrics.

I only have access to the abstract and I never know what I can reproduce legally so here is a snippet of the article...

OBJECTIVES. The objectives of this study were to examine the circulatory changes experienced by the immature systemic and cerebral circulations during routine events in the critical care of preterm infants and to identify clinical factors that are associated with greater hemodynamic-oxygenation changes during these events. 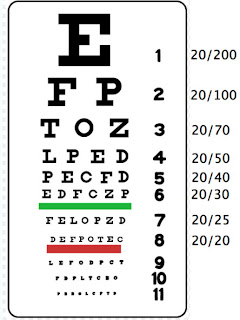 A few weeks after discharge she was tested again and it was gone. Completely resolved.

Jump ahead to age 6. We moved to a state that requires all children to have a current eye exam before starting kindy. We saw an optometrist who was freaked out by what she saw. She scared the heck out of us, gave Paige glasses, and sent us on our way.

We ended up seeing an ophthalmologist who specialized in children with ROP. He said that she had scar tissue from her ROP, which may be what scared the optometrist. He felt that there was no reason she needed to wear the glasses at such a young age because her eyes were not that bad.

The following year (age 7) he saw a change in her vision but still felt that she did not need glasses. Paige wasn't happy about that because she could not see distance. She started wearing her old glasses (from the optometrist) on and off.

Age 8... she was determined to get glasses. And she did. The opthamologist felt that the change in her vision was a bit concerning but was confident that it was not due to her ROP. He felt that it was genetic. (only my MIL had glasses at a young age)

Today was her annual check up. Her vision changed once again. (we knew this because Paige has been saying, for months, that her vision has changed) I talked to the doc in detail and asked a bunch of questions (thank you Sarah). He agreed that her vision change is more than usual but still felt that it was due to genetics and not her prematurity. I no longer agree. I asked him about her scar tissue. He agreed that she had scar tissue due to the ROP and that it would prevent her from ever seeing 20/20. But he felt that her scar tissue has nothing to do with her nearsightedness. He said that ROP damage usually only affects close vision. That is absolutely false.

He gave me that smile. Something that I cannot stand. If the smile could talk it would say something like, "oh, you shouldn't worry your self with all of these big medical terms. just trust me". I hate the smile!! He then turned and said something like, "She was such a wee baby and her eyes look great for being such a wee baby. Someone upstairs was looking out for her." Ok, those of you who know me and have been paying attention on this blog know that I also hate that statement!!

I asked him about her risk for retinal detachment to which he replied, "Well, there is a pretty good risk there based on her ROP and her vision change. She should never play any contact sports. Soccer, basketball, baseball, softball, volleyball... all out of the question for her."

Ummm, when were you planning on telling me this? If I hadn't asked, you wouldn't have told me this! You were half out of the office when I stalled you with my questions!! ARGH!!

I obviously didn't say that to him but I sure did flash him my *smile*. I don't think I have to tell you all what my smile would have said if it could talk.

Paige was not happy about getting her eyes dilated but she is happy that she'll be able to see better again.

When we left the office she chuckled about the docs' statement and said something like, "I thought he meant that someone on the floor above his office was looking out for me."

I love her attitude. I love her spirit!
Posted by ThePreemie Experiment at 8:44 PM 29 comments:

When Paige starts a sentence with those 2 words I never know what's going to follow. I do know, however, that it will be something this is hurting her deeply.

As soon as she started talking in full sentences, the "how come?" questions started. They are never simple ones either.

On Sunday, from the backseat, came another one, "How come I'm the kid who never gets invited to birthday parties?"

I tried to make her feel better, forgetting who I was dealing with in the backseat. "Oh honey, it is one of the drawbacks when you are homeschooled. You aren't around such a large group of kids like you are in public school."

"But Mom, how come I wasn't invited to parties even when I was in public school?"

Without missing a beat hubby responded, "Ya know, as you get older the number of kids that get invited to parties gets smaller. When you are little the parties are big and the whole class gets invited. But when you are older you only invite a few of your best friends to your party."

"But how come I am NEVER invited?"

She then got sidetracked by her brother and the conversation was over.

Here we are, 3 days later and it's still eating me alive. She is right, she is never invited to parties.

This morning hubby and I were talking about it while he was getting dressed for work. When I asked, "How can I fix this?" he turned around and gave me "the look". No words needed.
Posted by ThePreemie Experiment at 6:23 AM 22 comments: