Long Over Due Update 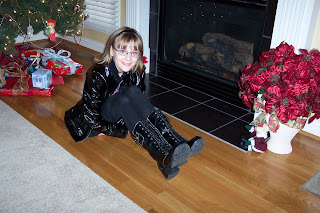 To bring everyone up to date...

For quite a while now Paige has been having questionable episodes that left us wondering if her seizures were back.

She was first diagnosed with epilepsy 2 weeks before her 4th birthday, following a seizure on a swing at the playground. An EEG showed continuous spikes and she was put on medicine. Her meds were changed a few times and she ended up on Depakote by age 4 1/2. Each subsequent EEG showed continuous spikes and her meds were adjusted. By the time she was 5 1/2 she was on a toxic dose, which was evident by her blood test results. We had changed neuro's a few times and finally ended up with one who explained that due to her prematurity, her EEG's may always be abnormal. The new neuro weened her from her meds since we weren't seeing any seizures.

Right after she turned 6 we moved to a new state. Her new neuro completely agreed with her previous one and Paige remained med free, despite each and every EEG being abnormal (continous spikes).

Due to the recent questionable episodes we headed back for an EEG 2 weeks ago. Last night I received a message from her neuro that her EEG was normal.

Was I jumping for joy? Nope. An EEG is a snapshot in time. A clean EEG does not mean that she is seizure free. What was also bothering me was that I was present for the EEG and witnessed the spikes myself. I also wondered how we could go from having abnormal results on EVERY EEG to all of a sudden having a clean one.

Today we met with the PA at the neuro's office. She also shared my reservation about the clean EEG. She did say that some kids "grow out" of their brain abnormalities around Pagie's age but was quick to say that she is also concerned with the recent episodes. She ordered a 24 hour video EEG, which Paige will have (in hospital) some time at the end of January.

I want to thank everyone for their well wishes, both in the comments and by personal email. The kind words mean so much to us.

As for the other reason why I haven't been posting to my blog as often... A few months ago I started feeling sick. Recognizing that I had gestational diabetes with my 2nd pregnancy, I pulled out my meter and started checking my blood sugar levels. It became pretty clear why I was feeling ill. Most all of my 2 hour blood sugars were over 250 (with a few at 300)! (should be below 120).

I headed off to our GP who was not worried at all. My A1c levels were somewhat within normal range which left him thinking that I may simply have an infection somewhere. After having an allergic reaction to the first antibiotic (sulfur drug) I completed a course with a new one. My blood sugar levels were still high, despite me changing my diet to include ONLY salad and croutons (no dressing) for all 3 meals a day. I had lost 5 pounds in only 2 weeks. The doctor was still not worried and sent me on my way.

Over the next few weeks I did nothing but sleep and eat salad, now without croutons. I could not introduce any carbs whatsoever. I was able to get my blood sugar levels close to normal but my morning sugar levels were never below 180. I had been feeling so sick for so long and now I was only eating salad and my weight was dropping. Granted, I needed to loose weight but it was coming off too fast. I decided to go to an endocrinologist. As he scrolled through my meter he became equally as concerned as I had been and prescribed medicine.

I'm finally starting to feel better but I still can't have many carbs without my sugar levels flying over 200. Due to the extreme fatigue, blogging became the one thing I had to let go for awhile.

I'm back now and have lots to say. Thanks for sticking around and I hope you all come back for the upcoming topics.

Have a safe New Year's Eve everyone!
Posted by ThePreemie Experiment at 12:44 PM 20 comments:

I'll be back soon

I'll be back soon with a new post and an update. Thanks to all who have emailed me with words of encouragement about the possible return of Paige's seizures.
Posted by ThePreemie Experiment at 9:40 AM 5 comments:

U.S. Gets Low Marks For Rise In Premature Birth Rate

Recently an article appeared in the LA Times titled "U.S. Gets Low Marks For Rise in Premature Birth Rate".

One aspect I found interesting was that the blame game has shifted a bit. The March of Dimes is notorious for ads depicting the cause of prematurity to be maternal smoking, drugs and lack of prenatal care. In this article, however, the finger is being pointed in other directions. Maternal age, rise in c-sections, in vitro, A.R.T (assisted reproductive technology) are all mentioned.

"There's been a change in the way we practice obstetrics," Fleischman says.

That change, ironically, is partly due to lifesaving technologies developed to save preterm infants, Fleischman says. These have made many obstetricians feel that they've succeeded if a woman doesn't deliver before 34 weeks and that babies are more or less out of the woods by that point in the pregnancy.

This belief has lowered doctors' trigger points for performing an elective induction and cesarean delivery before a fetus has reached full term. If a pregnant woman is experiencing minor difficulties (or sometimes if she is simply feeling uncomfortable), some doctors will deliver the baby prematurely thinking that it is better for the baby to be in the neonatal intensive care unit than the womb.

"The problem is, they haven't taken into account that even late-preterm infants often have bad outcomes," Fleischman says. These babies suffer some of the same immediate problems that more premature infants experience, and often struggle with subtle developmental problems later.

"Getting to term should be the goal," he adds. "We don't want to stop one medically needed early delivery. But many elective inductions and cesarean sections would benefit from more careful consideration."

Posted by ThePreemie Experiment at 10:33 AM 29 comments: